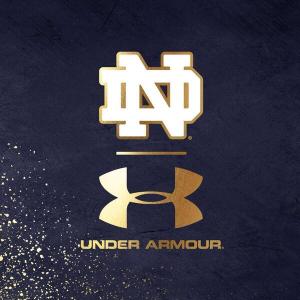 The wait is finally over. Notre Dame’s partnership with Under Armour official began at midnight when the doors opened to the Leep Varsity Shop in Purcell Pavilion and hundreds of Irish fans, including myself, swarmed in to get the first look at all the new gear that can really be summed up in about 2 words. COMPLETELY AWESOME. But seriously as soon as I stepped through the doors and got a look at all the brand new gear I instantly saw a difference from the old Adidas apparel. One of the major issues I had always had with Adidas was that most of their apparel was pretty bland and boring. That is not the case with the new Under Armour gear. Our new friends at Under Armour did an absolutely fantastic job creating some really good and new Irish gear that should have tons of fans very excited. The best thing that I noticed was that while a lot of the new designs and patterns looked very good, nothing went overboard on the flashiness.

In addition to large amounts of fans that came to the unveiling event, that included a prize wheel (which awarded me a pretty sweet free t-shirt) raffles for other Irish prizes, and a DJ that of course made sure to play Crazy Train, there were also a pretty good amount of Irish Football players that showed up to check out the new digs. Among those present were Andrew Trumbetti, Jay Hayes and Romeo Okwara. A side note but Okwara looks HUGE. He really put on some muscle this offseason. Complete beast. Lets hope it translates to the field this fall. From what I could tell the players seemed to really like the gear enough so where some even bought some for themselves.

Now I know one of the looming questions from fans mostly involve the release of the jerseys as well as the Shamrock Series uniforms. I spoke with one of the Bookstore employees and an Under Armour rep and they informed me that both the normal game jerseys as well as the Shamrock Series uniforms will be simultaneously reveled on August 16th just a few weeks prior to the start of the season. Also while there was a large amount of apparel available last night, there is still a large amount of items that will continue to be released from now until Football Season. Another big question from fans was obviously going to be around the price of all the new gear. Yes it is expensive but to be honest it didn’t seem that much more expensive than it has always been. The free t-shirt I won was priced at 30 dollars while the fitted hat that I purchased was also 30 dollars. Is it a bit more expensive than before? Maybe but if so its not by much.

I made sure to take as many pictures as I could for everyone so take a look and let us know what you think of the new Under Armour gear. I love it. I think you all will too. 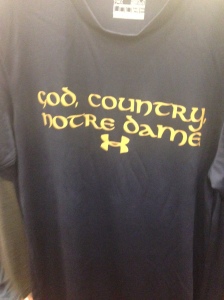 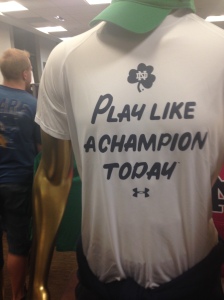 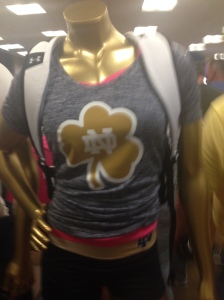 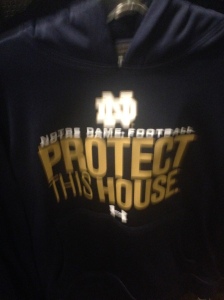 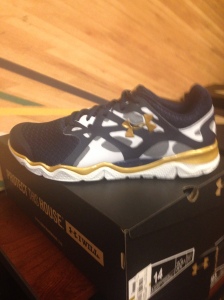 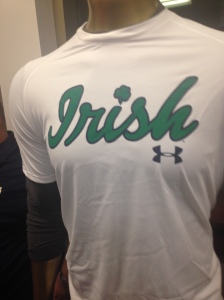 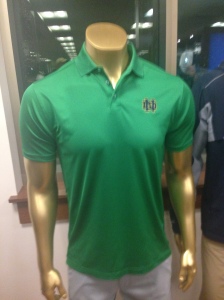 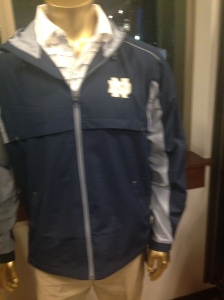 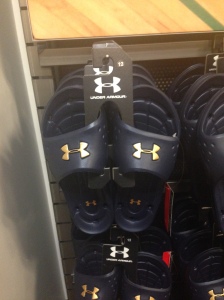 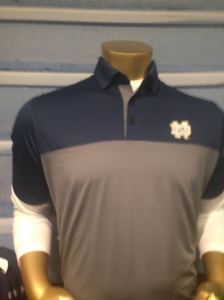 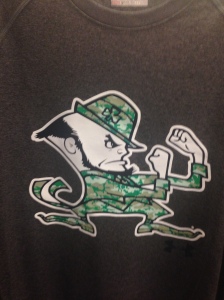